On charming worms, and other wiggling miscellanea

The man rubs an elongated piece of metal on a wooden pole, grunting. Knees deep in the wet earth, both hands holding firmly the cast iron; in rhythmical back and forth his strokes make the soil vibrate. A low frequency moan. The hypnotic chanting sends waves in the forest’s underworld, beneath the grass, beneath decaying leaves, beneath the black humus, into infinite layers of dirt. In frantic fear, worms ascend their carved burrows to reach the ground surface. They slither on the forest floor, exposing their fragile and repulsive wiggling pink flesh. The man’s pulsating signal tricked the credulous twitchers into panic of a digging predator. A mole poser. The imposter picks the lured earthworms with his stubby fingers. Gathered into a plastic bucket, they will be baits for another hunter.

— Garry is a professional worm charmer.

The pied piper drew the rats out of Hamelin playing his magical flute. Melodic excitation of air; mesmerised. The undesirable pests drowned themselves in the river.

— I’m worried Garry didn’t get the memo from Darwin

Six months before his death Charles Darwin published a small book with a very long title, The Formation of Vegetable Mould Through the Action of Worms with Observations on Their Habits ¹, known as Worms. Darwin’s book attributed intelligence and benevolence to earthworms, changing the notion that earthworms were only unpleasantly slimy, ugly, blind, deaf, senseless animals and a general nuisance. Besides accurate observations and fascination for worms’ behaviour, especially their eating and sexual appetite, Darwin draws out several theories on the positive impact of worms in fertilising soil and archeological preservation. He observed the speed of stones or heavy objects to sink into the ground from the combined action of worms’ burrows collapses and worms pushing digested earth upwards. Earth swallowed as food or moved to carve burrows, dissolved and sieved through the worm’s body; worms as earth displacers from below to above, minglers of strata and buriers of stones; tiny conservators.

— A worm’s excrement is called a casting.

And a casting also means *something* thrown forcefully in a specified direction, caused to appear on a surface, a shape made by pouring a molten material into a mould, and a magic spell.

— Earthworms can be cut in half and continue living as two separate entities.

Two separate adults delivered this statements as I was sharing thoughts on worms. Having just read an article that debunks this myth, I can’t recall in full honesty if I ever believed it, perhaps as a child. To defend cruel human naiveté, worms’ heads aren’t very defined from their ends. And no babe, they don’t have eyes, but they definitely have a mouth. A mouth leading to intestines, through which 10 tons of earth are ingested annually, small stones triturated and broken down to minerals, released at its opposite end as castings. Small extruded shapes of the finest earth; intricate vertical pilings. Positives of excavated earth pores. Unstoppable diggers, worms breathe through their skin. Moisten in mucus, they slide deep into the earth, mouth first.

— I am writing about worms
— Highly sexual, very unsurprisingly
— Have you ever seen worms following each other as a dotted line?

The importance of earthworms in the Nilotic valley soil was recognised to such an extent that Cleopatra (69–30 BC) decreed the earthworm a sacred animal, to be revered and protected by all her subjects. Egyptians were forbidden to remove it from the land, and farmers were not to trouble the worms for fear of stunting the renowned fertility of the Nilotic valley’s soil. It is also believed that certain Egyptian priests were devoted full-time to the study of earthworms and their activities. Unfortunately, the results of their efforts have not survived, or have not so far been uncovered by archaeologists. ³

City children growing up on concrete and asphalt. The school’s playground was a desolated square of grey concrete; fortunately a stripe of earth formed its border as a buffer to neighbouring buildings. I remember a few bushes, perhaps a plane tree. Our favourite game was to dig the black earth and bring it to our leader, the tallest girl of the group. We broke the dirt mass and waited for earthworms to exit their misplaced habitat. With her cruel finger, she picked them one by one and threw them as dandling strings on the ground. As they fell, she told us our truth.

From the earth’s entrails, the oracle apprentice read:
One loop, clockwise
I will be betrayed
One loop, counterclockwise
I will betray
Horrified, I stared at the serpentine dirty string forming an infinity loop…
— I thought this would be a terrible tattoo
— But 8 is my lucky number

Touching an earthworm causes a pressure response as well as a response to the dehydrating quality of the salt on human skin, which is toxic to earthworms. It stimulates the subepidermal nerve plexus which connects to the inter-muscular plexus and causes the longitudinal muscles to contract. This causes the writhing movements observed when a human picks up an earthworm. ⁴

— Soil is gangster
— And worms are gangsters as [bleep]

Son blows his French horn into the ground. Father wiggles his garden fork to shake the top layer of earth. Mother picks the slimy wiggling creatures. A worm charming trinity.
— What makes a good worm charmer?
— Lots of stamina, good wrist action, you have to be able to waggle the garden fork floor you work for half an hour which is not easy…especially in this heat.
— What are the tools of the trade?
— Mainly it’s a garden fork, we twang it back in two or we go in a rotatory, which is twickle. We can tweak, with a long handle fork, we do that from a distance if they are a bit squirmish. We can actually twack, that’s throwing it down on the ground, and then it’s like a tuning fork, you tune it on end and the vibrations go back to the handle, and the worms think it’s rainfall and come up. ⁵

— Charming a worm is not much different than charming a woman.
— Locked for hours while mating, the sexual passion of earthworms is “strong enough to overcome… their dread of light.” ⁶
— Wormly charmed!

The clay I dug is full of worms. They wiggle on my skin when I wedge their disturbed habitat. I dry the clay in a pan over heat. It smells terrible. It becomes grey like concrete powder. Ground and sieved. Mixed to make ink, compressed to make forms. Overnight, the worms have carved intricate paths over the sculpted clay. It is full of life, it is resilient.
— Did the worms escape through the cracks of the drying clay?
— And we end with an earthworm meditation.

In the distance you see a woman standing in the field, looking down at the ground. As you get closer, she looks up at you and grins. She points to the ground and you see a mass of earth worms squirming on the ground. The two of you watch as they dig in and out of the ground.
She looks at you and says, “Do you know why this was so familiar to you?  It’s because this earth is your body. These worms tell us the story of you as you live in your body.  She then tells you of the things you need to know about your body and your life. She picks up an earthworm and holds it gently in her hand before letting it go back into the earth; she whispers one word that means something to you about your body. Remember, she says, this word and the wisdom of the earthworm for your health and physical well being.
She looks at you and says, “The earthworm speaks to you of your heart and what you need for understanding your emotions and the matters of your heart. Watch.” As you watch, words form in your head as the earthworms give you the wisdom you need to grow a fertile and productive emotional life. Your heart opens to receive this wisdom.
A third and last time, she looks at you and says, “The earthworm speaks of your soul and what you need for your spiritual path.”  In your soul you form a knowing of what needs to be understood or done.You hold this knowledge as she speaks of your soul as revealed by the worms working the ground.
Finally she looks at you and you understand the things you have felt, known and heard in this field. She places her hand over your heart and you feel healing energy move through your body like the earthworm moving through the soil. ⁷

— Unbearable, I cannot leave you like this!
Exhaustingly obsessed and rotten to the bone; meditation isn’t my thing. Frustrated, I lay down on the ground. Inhale, and my belly presses the cold soil. My vocal cords steadily vibrate to let go, in dampen bass. Inadvertently I call for the worms, to be seduced by a malicious promise of wetness.

– text by Marie Ilse Bourlanges, published in P/////AKTPOOL by Brigitte Louter, May 2020 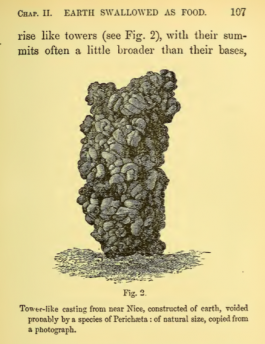 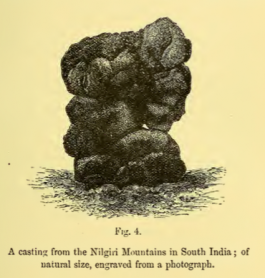 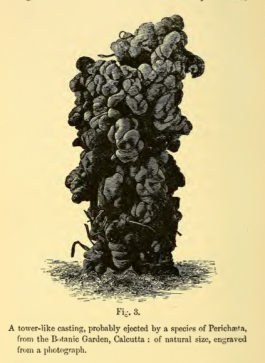 ¹ ² ⁶ The Formation of Vegetable Mould Through the Action of Worms with Observations on Their Habits, by Charles Darwin, (John Murray), 1881

Fig 1–3 : casting towers illustrations in The Formation of Vegetable Mould Through the Action of Worms with Observations on Their Habits, by Charles Darwin, (John Murray), 1881 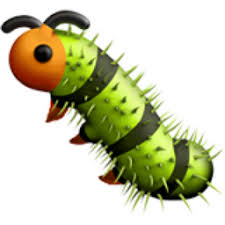 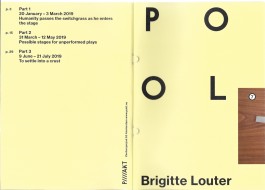 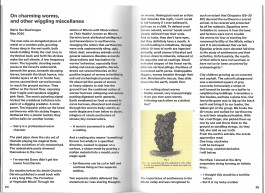 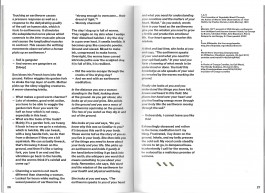