Working with the hospital archive protocole, Marie Ilse Bourlanges investigates the missing story of Ilse, her German grandmother who was alienated in the psychiatric hospital of La Timone in Marseille from 1950 until she died in 1983. Knowing almost nothing about her, except being labelled as schizophrenic, Marie Ilse recomposes collected fragments as a narrative patchwork, voiced to rehabilitate the silent presence of Ilse. The project starts with learning that Ilse's medical file cannot be recovered from the hospital archive, as such information is regularly pounded to avoid unnecessary archival storage.

Based on her research stirring together psychogenealogy vs. right-to-be-forgotten and physiological vs. institutional memory, Bourlanges’ video works focus on and intertwine procedures of care and destruction of medical files, as well as the painstakingly visceral approach to researching a missing family history. 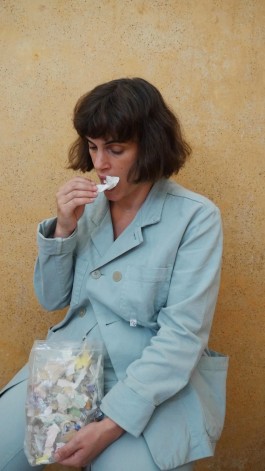